What’s “Private” about the Rule of Law? 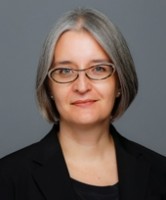 In their new paper, Is Rule of Law an Equilibrium Without Private Ordering?, Gillian Hadfield and Barry Weingast make a provocative claim about the rule of law: that private ordering is what produces and sustains it, not the institutions of government. This is an important contribution to rule of law debates, which are so heavily focused on public institutions and public law while leaving the role of private ordering and private law undertheorized. But see Private Law and The Rule of Law (Lisa M. Austin & Dennis Klimchuk eds.).

Hadfield and Weingast are social scientists, not legal philosophers. However, their work engages with many different strands of theoretical literature on the rule of law, including analytic jurisprudence, and generates interesting conclusions for theorists and not just social scientists. The heart of their argument is the claim that “[m]ost regimes with fully centralized enforcement do not predictably achieve rule of law as a consequence of the structure of the regime itself.” If the rule of law is achieved, it is not because of institutions but because of “the peculiar, historical and contingent facts of individual identity or the balance of power.” (P. 25.) In other words, if we think that government is “a single body with the power to both make and enforce the law” then we should not expect the rule of law to emerge. (P. 27.) What is needed for the rule of law to reliably emerge, they argue, “is an essential role for private, decentralized, enforcement of law.” (P. 27.)

At first glance, this does not look very different from the claim that law relies upon the self-application of legal norms by individuals—a claim that can be found in the jurisprudential literature concerned with the guidance function of the rule of law. But Hadfield and Weingast want to point to the role of decentralized mechanisms for enforcing norms. And they claim that what is required for people to voluntarily decide to participate in helping to enforce the law is more demanding that what is required for people to voluntarily obey the law. (P. 21.)

In focusing on enforcement, what Hadfield and Weingast attempt to do is to pry apart the idea that law is a centralized public institution from the idea that enforcement must also have these attributes. Law is not necessarily associated with centralized coercive enforcement. Legal order, on their view, “is a normative social order in which behavioral classifications are articulated and subject to modification by a centralized classification institution that possesses legal attributes.” (P. 19.) These legal attributes are those that track closely what many legal philosophers take to be the central features of the rule of law: universality; publicity; clarity; non-contradiction and uniqueness; stability; prospectivity and congruence; generality; impersonal, neutral, and independent reasoning; and openness. Their key point is that these legal attributes are only properly incentivized in a system of private ordering and not in a system with fully centralized enforcement.

In offering their behavioural insights into how the rule of law is produced and sustained, Hadfield and Weingast are primarily concerned with rule-of-law building projects. However, their conclusions can also contribute to rule of law debates within jurisprudence. Private ordering implies a strong role for individuals and, for Hadfield and Weingast, can involve the imposition of social sanctions like criticism and exclusion, the authorized private use of force, and the cooperation of private individuals in law enforcement. Shifting the focus of rule of law debates to the role of individuals would be a welcome development within the more theoretical literature. In this regard, there is excellent recent work by Gerald Postema on the idea of fidelity and the rule of law. He emphasizes the need for members of the polity to participate in holding each other accountable under the law. Hadfield and Weingast point in the same direction, but utilizing a very different framework, and more work in this vein would be welcome.

Although Hadfield and Weingast are concerned with how to establish the rule of law, their work could offer important insights into questions of what might contribute to the erosion of the rule of law in societies where it has already been established. For example, in many Western liberal democracies—often used as the models for rule-of-law projects—law enforcement efforts are increasingly information-intensive and rely heavily upon collecting information that is itself initially collected and held by information intermediaries such as telecom giants and the Facebooks of the world. This displaces the role of the community and individual participation in law enforcement, erasing the need for the decisions that individuals make about whether to come forward and tell the state what they have seen or what they know. And if the need to ensure individual cooperation is one of the mechanisms for incentivizing compliance with the rule of law, then moving towards enforcement models that bypass this cooperation raises questions about the potential erosion of compliance with the rule of law. This is practically important, but might also call for new theoretical models regarding what it means to constrain the state in the information age. See Lisa M. Austin, Technological Tattletales and Constitutional Blackholes: Communications Intermediaries and Constitutional Constraints (2015).