The Beast of Constituent Power 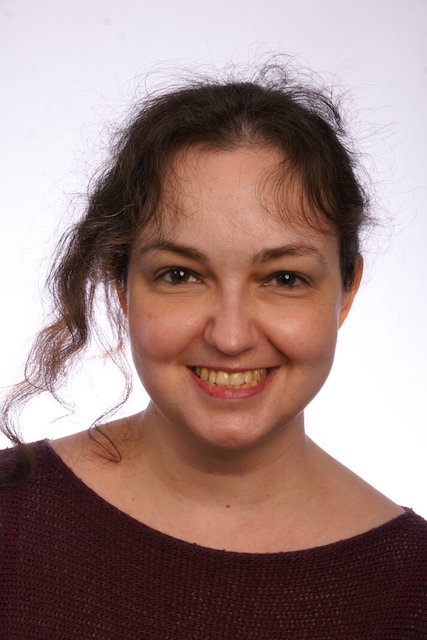 Perhaps it was the French Revolution that set it free. Since then, it haunts constitutional thought. It lures writers through a dubious promise of democratic credentials. It looms large in recent accounts of constitutional legitimacy. They have sought to “domesticate” (Pp. 796, 803; also P. 810) the beast by subjecting it to liberal and democratic constraints. But the beast resists such domestication, argues the paper. Appeal to constituent power as the source of constitutional legitimacy is deeply at odds with constitutionalism’s commitments to rights and the rule of law. One cannot both have the cake and eat it. It is either will or reason at the foundations of law. Such is the tension the author confronts us with.

This rich and insightful piece elicits reflection on a host of fundamental questions of legal and political theory. It will interest you whether you are concerned with the limits of democracy, the bootstrapping character of basic legal rules, principles of constitutionalism, or even the nature of self-determination and autonomy. It is accessible without specialist knowledge of constitutional theory. The work is more revolutionary than its title suggests. Crudely put, “Inherent Constraints on Constituent Power” argues that there are no inherent constraints on constituent power, and provides reason to think that there is no constituent power either. Let me explain.

As the paper presents it, constituent power is “the legally unlimited power of establishing or re-establishing a constitution.” (P. 796.) Constituent power refers to an act of will that is, in an important sense, self-justifying — in line with Emmanuel Sieyès’ and Carl Schmitt’s portrayals. The constitution-creating act of will, typically by “the people”, is itself the source of legitimacy of the relevant constitution. It is the source of its legal legitimacy and, it seems, of its moral legitimacy as well. In other words: the legal and moral correctness of this act of will is not open to question. The paper associates constituent power to what are sometimes called “strong” theories of popular sovereignty. (P. 800.) According to these theories, as the paper casts them, the people have the right to make a constitution with any type of content.

Thus conceived, constituent power is quite the indomitable beast. Still, as the paper shows, recent writings in liberal constitutionalism have sought to appropriate it for their purposes, perhaps in an effort to address “concerns about democratic deficits in liberal-constitutional regimes.” (P. 802.) But the beast is not easily “domesticated.” (P. 810; also Pp. 796, 803.) The writings the paper looks at, by Richard Stacey and Joel Colón-Ríos, firmly defend the central place in sound constitutions of certain individual rights and institutional arrangements, which no collective or individual decision must override. Self-justifying constituent power sits uneasily with these premises. It is not subject to legal or moral limits. It is therefore not liable to being constrained by rights or the rule of law, precisely because it claims to be a rival source of constitutional legitimacy.

Vainly postulating inherent constraints on constituent power “obscures significant tensions in contemporary constitutionalism.” (P. 812.) These tensions should be brought to the fore for the sake of “clear-sighted analysis.” (P. 818.) The paper refers to them as tensions between “democracy and constitutionalism.” (Pp. 810, 818.) At some junctures, the paper implies that the way to solve these tensions is to drop the concept of constituent power altogether, as it is incompatible with sound commitments of liberal constitutionalism. (Pp. 801, 807-08.) Tackle the beast by shooting it down.

But the paper itself suggests an alternative way forward. One of the paper’s core claims is that the writings it discusses ought better to distinguish between good and bad exercises of constituent power — between exercises that do and do not comply with liberal and democratic principles, indeed between focal and marginal cases of constituent power. (Pp. 815-17.) This would allow one to say that acts of constitutional founding by, for example, Franco or Pinochet involved constituent power (Pp. 810, 816), only to go on to normatively assess such exercises.

The implications of this suggestion go deeper than the paper notes. Thus understood, constituent power no longer has a built-in justification. It is not the thing justifying, but the thing to be justified. It is no rival to liberal democratic principles because it does not lay claim to taking their place. It is just a power like many others we find in the legal and moral domain. Legislative power, the power to promise, or the power to consent, to name just a few, may be exercised for better or worse. We can ask about the point of these powers and the practices supporting them, and identify exercises that advance or subvert that point. On this view, constituent power is just that: the power to make a constitution. (P. 814.) It may be involved whenever a constitution comes into being, but it may not always be soundly exercised.

The logic of this move is to reveal the ignominious beast to be nothing more than the bulky shadow of a pussycat. On this conception, constituent power is naturally subject to inherent constraints, certainly moral ones and perhaps also legal (well beyond the purely prudential limits the paper acknowledges: P. 814). What is meant by a “legally unlimited” power is ambiguous in any case. Even state sovereignty is in one sense legally unlimited, and in another sense very plausibly subject to legal constraints, if only from international law. Legal constraints may be synchronic or diachronic, actual or potential, and reflected in institutional arrangements of different kinds.

An account of constituent power should not remain content with telling central from marginal cases, and listing relevant constraints. It should work out the upshot of a failure to meet those constraints — a task only imperfectly accomplished in the literature, judging by the author’s sketch. Take legislative power, by analogy. A sound account will not only note that a statute that violates human rights is not a central case of legislation. It will moreover speak to the legal validity of the unconstitutional statute, institutional devices for annulment, and any moral obligation it generates, among other things. Central case analysis is no substitute for these kinds of enquiry.

To liken constituent power to a cat is not to deny the tension between choices and reasons, between decision-making acts and standing frameworks of rules. On the contrary: it is to say that the tension is fruitful rather than destructive. It should not be explained away but grappled with, as the paper prompts us to do. The very considerations of justice that call for respect of civil and political rights require that individuals and groups shape their own normative landscape, partly through the actions and techniques we call powers. Self-direction, both collective and individual, is a requirement of justice. We need to exercise self-direction to develop our identity.

The key question is not whether self-direction is appropriately subject to limits, but which limits are appropriate. Being subject to requirements of justice does not make us less autonomous as individuals, nor does it make a political community less sovereign. A sound exercise of my autonomy may involve binding myself, and so losing some of my freedom; constituent power may be no different, provided constraints are not unreasonable or unreasonably long. Popular sovereignty bounded by appropriate constitutional rules is not “weak” as opposed to “strong”. This mistakes a feature for a bug. It mistakes a cat for a beast. This paper guides us in overcoming the confusion.