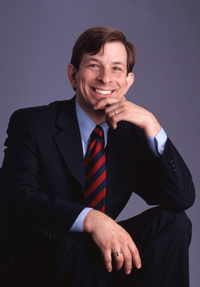 Linda Edwards’ article is a thoughtful examination of the hidden and unexplored role of narrative in legal decisions. The article raises fundamental questions about the nature and boundaries of legal discourse and demonstrates that narrative theory and cognitive study can bridge the distance between what one may call ‘traditionalist legal analysis’ and its ‘oppositionist’ critique. The article is a delight. It joins an arresting image to an elegant argument, and it is beautifully written.

Edwards’ arresting image evokes an ancient, walled city. Life proceeds vibrantly inside the walls, where people deliberate and decide questions within a common cultural frame. Outside the walls, prophets shout toward the people, but their voices are lost in the vast plains. Occupants of the city occasionally lob verbal assaults—“Be quiet; stop whining; leave us alone”—but the city largely ignores the prophets. For Edwards, this metaphor captures the relationship between judges and traditionalist legal scholars and critical theorists.

Edwards’ elegant argument posits that narrative frame accounts for the distance between the city and its prophets. The lynchpin of Edwards’ logical argument is that cultural myths and master stories—“preconstructions,” to use Peter Goodrich’s term—underlie the traditional tools of legal analysis. If these myths and master stories are part of law when used by traditionalists, then, for Edwards, they surely are part of law when used in critique.

To illustrate this point, Edwards turns to the “myth of redemptive violence,” tracing its history to the Enuma Elish, an ancient Babylonian creation story. The young god Marduk vanquishes an existential threat to the community in exchange for the community’s unquestioning obedience to him. According to the myth, only Marduk’s redemptive violence can secure the people. Cumbersome social and legal systems can handle mundane problems but fail to protect against existential crises. Only violence, directed against a scapegoat, can redeem the community and define its insiders and outsiders.

Enter Yaser Esam Hamdi, a U.S. citizen captured on the battlefield in Afghanistan in 2001. President Bush declared him an “enemy combatant,” and he was held first in Afghanistan, then at Guantanamo, and finally within the United States, without charges, without access to a lawyer, and without process. Hamdi’s father filed a habeas petition on his behalf that in part challenged his designation as an “enemy combatant” based on the circumstances of his capture. The government defended with a cursory affidavit based on hearsay.

The Fourth Circuit begins its judgment denying the Habeas petition by describing the events of September 11, cavalierly declares the enemy combatant issue to be “undisputed,” then orders the habeas petition dismissed. For Edwards, this opinion illustrates the myth of redemptive violence: for the Fourth Circuit majority, habeas will not protect us, only violence wrought on the outsider Hamdi will—forgetting almost entirely the inconvenient fact of Hamdi’s citizenship.

Eight justices of the Supreme Court reject this conclusion—albeit on three different grounds and with important doctrinal differences among them. According to Edwards, whatever their doctrinal commitments, these eight justices are operating on a different cultural myth—this time, a story about the founding of our Nation, and the habeas corpus protections from government overreach that are enshrined in our Constitution.

It is one thing to observe narrative at work; however, it is a quite larger challenge to define space for narrative in legal discourse. Edwards recognizes that outsider narratives are not meant to be set in bald opposition to the traditional tools of legal analysis. Conversely, cognitive science teaches that confronting a decision maker with traditional merits arguments merely triggers the decision maker to generate competing merits arguments that protect his or her own preconstructions.

Edwards argues instead for a values-involved mode of argument that attempts to reframe the dominant narrative into one that opens the decision-maker’s mind to new ways of seeing a legal problem and ultimately, new solutions. Edwards revisits Richard Delgado’s point made nearly twenty-five years ago: the law is a war between stories. Consequently, Edwards advocates a wide definition of law that admits and attempts to make explicit the hidden myths and master narratives that underlie traditional legal argument.

An important contribution of Edwards’ article is its insight into how cognitive science and neurobiology impel people toward narrative schemata. Narrative is part of our human DNA and therefore provides a cognitive foundation for rational legal argument. While Edwards recognizes that narrative does not explain all legal outcomes, the scientific evidence adds a compelling reason to examine our preconstructions closely. Edwards’ long experience as a scholar of rhetoric well qualifies her to undertake such a study.

More reflection on this topic is surely necessary. While Hamdi offers a nice example of courts motivated by opposing master narratives, and so is quite useful for understanding how narrative influences legal outcome, these opinions do not adequately capture the traditionalist-critical dynamic. The Justices of the Supreme Court and the Judges of the Fourth Circuit differ in the Hamdi case, but none is an oppositionist in the sense of a critical theorist. The uphill climb is significantly steeper for discrete insular minority groups that face a long history of exclusion from the structures of power and who often suffer far from the spotlight.

At the end of the day, Edwards’ piece not only provides fresh thought about the effect of narrative on legal outcomes, but it also prompts me to reflect on my own teaching in legal research and writing classes. The piece vivdly demonstrates the power of narrative frame. Factual framing of a case should not be limited to the Statement of the Case in a brief, or even to that amorphous concept, “theory of the case.” Instead, it should underscore and reinforce the doctrinal arguments contained in a brief, and this is a lesson that beginning law students would do well to learn. For them, coherence in persuasive legal documents must take on deeper meaning. At a very pragmatic level, Edwards’ insights have the power to prompt advocates to broaden the scope of tools available in the quest for justice.