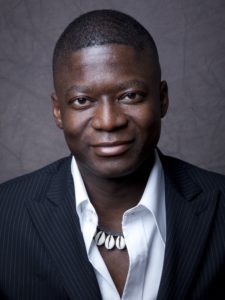 We live in a liberal age, philosophically speaking.  One may argue about what variant of liberalism is most persuasive but, on the whole, most theories of law or politics do not seriously question a slate of liberal doctrines, most especially the primacy of individual autonomy, the commitment to “negative liberty” and thus the limitation of state coercion by the harm principle.  Perhaps it is an inevitable sign of the dominance of liberalism that a number of scholars have started to more acutely feel its shortcomings more acutely.  Thus liberalism is accused by some of being too thick, requiring commitment to a comprehensive world-view that makes individual liberty primary and excluding those who do not take controversial issues of law and politics to be decided by individual rights.  Gaining more momentum perhaps, are those who find liberalism too thin, arguing that the hegemony of individual rights leads our legal system to pay insufficient attention to the encouragement and enforcement of the duties of citizenship, civic virtue and morally valuable forms of life of both citizens and communities that cannot flourish without collective political support.

In the face of this increasingly strenuous criticism from both sides steps in Fleming and McClain’s Ordered Liberty: Rights, Responsibilities, and Virtues.  Fleming and McClain take up a rather ambitious task.  They seek to reform and/or illustrate, in turns, that liberalism of a certain type, their “Constitutional Liberalism,” can meet the challenges leveled at liberalism.  The text places itself firmly in that intersection of law, feminism, constitutional theory and political theory.  For those interested in purely philosophical discussion of liberalism, the book may seem to only weave in and out of important conversations.  That said, it does engage with important and popular contemporary philosophical and theoretical positions in the liberalism literature on liberalism, from Michael Sandel on one side to Cass Sunstein on another.

Though much is attempted, the authors ultimately have two goals.  The first is a theoretical one.  The authors wish to show that a perfectly plausible form of liberalism can answer its main criticisms.  Thus their liberalism neither requires an imperialist view of individual rights that shuts down political debate by imposing a uni-faceted rights-based comprehensive worldview.  The authors argue that even those who believe in the spirit of Dworkin’s famous phrase, “rights as trumps,” do not take this to mean that rights can be exercised without responsibility.  Indeed, the authors point out that within Dworkin’s conception, the very point of having rights is the role of autonomy in living a life for which one can authentically ascribe (self) responsibility.

Secondly, liberalism need not be in grave tension with other moral goods, eschewing all talk of thoughtful responsibility, civic virtues and ethical development and enshrining personal rights as concerned with the mere legal immunity to engage in any behavior, no matter how ethically poor; that is, liberty as license.  One sees that rights need not insulate one from responsibility but are a precondition to certain types of responsibility.  Secondly, knowing that someone has the legal right to act in a certain way does not insulate others from criticizing, praising, supporting or cajoling one to or against the exercise of that right.  Indeed, as Rawls points out, there are some virtues that the state must necessarily support precisely because they are necessary to the project of functioning citizenship.  The authors also do a service by reminding that what is often romanticized as our august past of shared civic engagement was often bought at the tremendous cost of homogeneity, enforced by sexist and racist conventions.  None should too easily rely upon a time when coherence was subsidized because minorities knew their place and women were trapped in bad marriages.

Having proposed that liberalism can make room for both the responsible use of rights and the promotion of genuine civic virtue, the authors then turn to reveal their second, and perhaps core, ambition.  The authors march through a minefield of controversial legal areas—from delicate areas of family law and the balancing of parental rights against the state’s interest in children and education, to the balancing of rights against discrimination against the “rights of association,” issues of same sex marriage and abortion— applying their model of Constitutional Liberalism.  Their goal is to show both that their moderated form of liberalism, with a mild dash of perfectionism, is not only attractive but best describes the actual legal landscape.  The authors argue that current constitutional law reflects the same features they noticed in the philosophical structure.  Constitutional law, they propose, takes rights seriously without making them absolute.  Further, while the law respects a certain sphere of rights for every individual, it does not insulate one entirely from legal and political pressures that encourage civic virtues, promote valuable ways of living or the responsible use of legal rights.

To that end, the authors carefully excavate a string of important constitutional law decisions to illustrate what some will find rather surprising: the simple tripartite caricature of strict scrutiny, which is accused of allowing individuals carte blanche if acting within protected legal classes, obscures a much more subtle balancing of rights and social interests.  To take one highly visible example, the authors survey the abortion rights cases to reveal how rarely the Supreme Court has actually invoked, either formally or informally, the strict scrutiny, intermediate scrutiny and rational basis test that is the core of first year Constitutional law.  Instead, even in the very cases in which rights absolutism is decried, the court shows sensitivity to both the rights of individuals, the responsible use of those rights and the state’s incentives to protect and cultivate civic responsibilities.

A book with such broad ambitions will inevitability leave some important areas insufficiently addressed.  Because this text is in fact more constitutional theory than pure political philosophy, there is plenty to question.  Most importantly one might hunger for an underlying philosophical coherence to undergird the entire project.  The worry is that while many facets of their constitutional liberalism may be attractive, it is not clear what justifies it as a whole.  Ultimately, one might accuse the authors of simply choosing a pastiche of attractive positions, a little bit of rights talk, a bit of civic virtue and a mild perfectionism to form a theory that gives one everything they want.  This suspicion especially nags because there seems little their theory cannot accomplish.  Nor do the authors ever give us a sense of what drawbacks their theory may entail (an all too familiar absence in academic work).

That said, there is nothing unique in stretching to build a most attractive (even overly attractive) theory and one can always wish authors wrote the book you wanted them to write.  Yet in bringing together many strands critical in the questioning of liberal orthodoxies, engaging in spirit with a broad range of theorists and philosophers and applying their theory in an illuminating way to current constitutional questions, Fleming and McClain introduce the interested reader to an important conversation and jog us out of old, unthinking habits.