False Necessity and the Political Morality of Tort Law 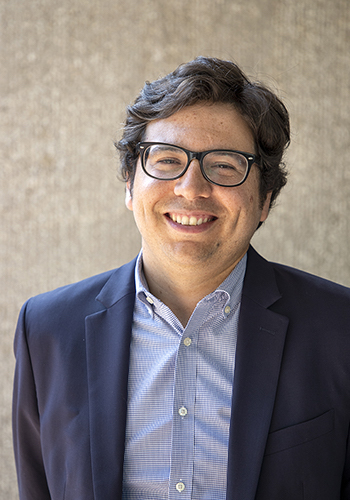 The language of private law is the language of rights, duties, and obligations. There is a long tradition of thought that interprets that language as the reflection of private law’s foundations, and that therefore reads judicial and legal discourse about private rights as the reflection of deeper, pre-legal rights that private law institutions recognize and enforce. This leap from private law discourse to private law’s foundations must be somehow explained. There must be some reason that explains, in other words, the connection between the rights and obligations that private lawyers talk about and our moral rights and obligations. One strategy goes this way: in the state of nature, we have certain rights that we are free to enforce against others. When we enter civil society, we can no longer enforce those rights at will, because the state claims the monopoly of the legitimate use of coercion. As a consequence, a morally decent state has the obligation to give us, as private agents, a substitutive mechanism to seek redress for rights violations in conditions of civil society.1

In a careful and powerful article, On the Moral Necessity of Tort Law: The Fairness Argument, Sandy Steel calls this idea the “fairness argument.” In Steel’s reconstruction, the fairness argument basically claims that, because (i) citizens have been deprived of certain pre-legal moral enforcement rights by the state; (ii) citizens are morally entitled to a substitute for those rights from the state; and (iii) the morally required substitute for those rights is tort law, the state has a pro tanto duty to establish tort law whenever direct personal enforcement of citizens’ rights has been prohibited. (P. 195.) Steel does a great job of reconstructing the argument and offering its best version, but ultimately he believes—on the basis of four general objections—that the fairness argument cannot justify anything more than a very minimal tort law.

The four general objections can be summarized as follows. First, the argument has limited application: many citizens would not have been able to enforce their rights in the state of nature. Second, as Kantian theorists have traditionally stressed,2 enforcement of all (or at least most) of our private rights in the state of nature might not be morally legitimate. Third, specific enforcement of our primary rights through injunctive relief does not seem to fit well the role of substitution of our pre-legal moral enforcement rights. Fourth, the argument does not rule out alternative substitutive arrangements like compensation schemes. (P. 218.)

The intuitive notion underlying the fairness argument is that, in a state of nature, we would be at liberty to enforce our moral rights, but the transit to civil society deprives us of that liberty. (P. 200 n.2.) This intuitive notion is reasonable as far as it goes but, as Steel argues, it only establishes that the state must provide something in return for the deprivation of our enforcement rights—not that it must provide something that looks like the actual institution of tort law. (P. 205.) The strongest version of the fairness argument, as Steel cogently argues, does say a bit more than this. However, even this is not sufficient to justify the tort law systems we actually observe. At most, the fairness argument justifies a very limited and modest form of tort law.

The upshot of all of this, as Steel writes, is that “if there is a moral duty upon legal systems to provide a more than minimal tort law, and possibly any tort law at all, its source lies beyond the confines of the fairness argument.” (P. 218.)

I think Steel’s criticism is mostly right, or at least in need of consideration and, potentially, response by those who have endorsed versions of the fairness argument. At a more general level, the paper is an important and thoughtful contribution, based on a charitable and careful reconstruction and critique of the fairness argument. My only doubt is the following. I think the way in which Steel frames the upshot of his critique is somewhat perplexing, and seems to accept the plausibility of an implicit premise—the idea that for tort law to be justified it ought to be morally necessary, that it ought to be a moral duty for states to establish it—that we should perhaps do without. Why must we assume that the role of the tort theorist is to find a moral duty for states to establish a system of tort law or the grounds for the moral necessity of tort law? Why must we assume that there must be some other source (once the fairness argument has been discarded) for this alleged duty or necessity? In this sense, Steel has convincingly shown that the fairness argument is not a good foundation for the political morality of the law of torts.

But perhaps Steel’s critique carries more radical implications. Perhaps, trying to find the foundations of tort law in an alleged duty or moral necessity—incumbent on the state or the political community—to establish tort law is a dubious enterprise. We might, in other words, want to throw the proverbial baby out with the bathwater and accept that tort law’s justification, if any, might be weaker: perhaps, tort law is just one of the many potential conventions and artifacts we could have designed, as human beings, to safeguard some important human interests. This would mean abandoning the search for a source for a duty to establish tort law and its supposed moral necessity, whether within or beyond the confines of the fairness argument. While my intuitions might differ in this aspect from Steel’s, his article is an important and astute contribution to our understanding of the moral and political foundations of tort law.