Conceptual and Metaphysical Modalities in Jurisprudence 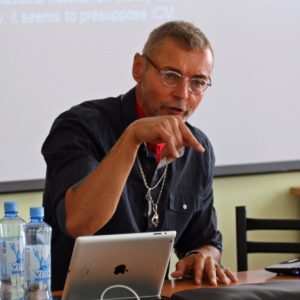 Stefan Sciaraffa’s Constructed and Wild Conceptual Necessities in Contemporary Jurisprudence is a review of a fine collection of essays edited by Luís Duarte d’Almeida, James Edwards, and Andrea Dolcetti, entitled Reading HLA Hart’s ‘The Concept of Law,’ published by Hart Publishing in 2013. While the volume contains many provocative and insightful pieces by leading theorists in conceptual jurisprudence, I want to focus on an important – and frequently overlooked – point made by Sciaraffa on the nature of the relevant sense of necessity in conceptual theories of law.

Sciaraffa’s essay makes a number of distinctions of theoretical importance, including the distinction between “constructed” and “wild” concepts of law; however, the most illuminating one, as it pertains to conceptual jurisprudential methodology, is between metaphysical and conceptual necessity. Sciaraffa defines “metaphysical necessity” as “concerned with identifying and explicating those features an object has by virtue of itself and irrespective of the way we conceptualise or talk about the object” (P. 392). He explains “conceptual necessity” as concerned with identifying “features that are true of law by virtue of the way we talk about or conceptualise the law” (Id.).

Sciaraffa believes that many theorists have wrongly claimed that the relevant modality for conceptual jurisprudence is metaphysical necessity, a feature that many of these theorists believe legitimately calls into question the very enterprise of giving an analysis of the concept of law. There are many influential theorists – most prominently, Brian Leiter – who have come to reject the project of conceptual analysis as resting on problematic foundations, which are commonly thought to be methodological in character.

Sciaraffa rejects the idea that the relevant modality is metaphysical on the ground that “no legal theorist has staked out a plausible account of such necessities in general or as applied to law specifically” (Id.). He argues, further, that “no legal theorist has offered a plausible account of how to separate those features that the objects that we refer to using the term ‘law’… have by virtue of themselves as opposed to those they have by virtue of the way we conceptualise them” (Id.). The use of the notion remains contentious to say the least.

It should be noted that Sciaraffa’s claims are somewhat stronger than they might seem given the charitable way in which he expresses them. Although Sciaraffa speaks in terms of a failure by legal theorists to justify the idea that the relevant modality is metaphysical necessity, the essay expresses a deeper skepticism about the relevance of metaphysical necessity to conceptual jurisprudence. Sciaraffa’s view seems to be the much stronger view that it makes little sense to think that law has any properties that are metaphysically necessary in the sense that they are essential properties that law has, no matter how we conceptualize them.

This stronger challenge should seem eminently sensible for a number of reasons. First, there is simply no denying that law is a social kind (i.e., a concept that depends for its content on human activities) that is artifactual in character. Neither positivists nor antipositivists can plausibly deny that law is a social institution – and, to my knowledge, no one does. Even the strong natural law theorist sees morality as operating only as a constraint on whether a social lawmaking practice can succeed in creating something that counts as law. It might be plausible to think that natural kinds (i.e., a concept that reflects the structure of the universe independent of human interests and activities), such as water, are best explicated in terms of metaphysical necessity. But the idea that the concept of a social institution that is manufactured by social practices, which include but are not limited to linguistic practices, is best explained by a form of necessity that is utterly mind-independent and hence independent of our social activities is deeply problematic.

Second, it is simply unclear how, as an epistemic matter, we could have access to the content of concepts that are objective in character. If the content of these concepts is determined in a way that is utterly independent of our practices and preferences, it is not clear how we could identify that content. We can verify the truth of the objective claim that the shape of the earth is roughly spherical because that claim, while the truth-makers are mind-independent, can be verified through sense experience. Insofar as the content of concepts cannot be verified by sense experience on the assumption that our empirical practices do not at all determine the content of the concept, all we have left to go with is intuition.

And there is simply no reason to think that intuition is a special faculty that is capable of discerning objective conceptual truths than it is of discerning objective moral truths. Intuitionism as an account of moral epistemology failed miserably; intuitionism as an account of how to determine the content of concepts on the assumption that the truth-makers of conceptual claims are wholly mind-independent is far less plausible. The only concept of law that we could possibly come to understand, as an epistemic matter, is the concept that is fixed by our core linguistic and legal practices.

The reason for this ultimately has to do with an important limit on our ability to know the world first identified by Kant. Kant famously claimed that we cannot know the world as it is independently of the “categories” we use to structure and give sense to our perceptions of the world. Kant distinguished between the thing “in-itself” and the thing as it appears to us, and argued that we can have knowledge of only the latter. The world does not come to us, in his view, unmediated through conceptual filters like those of space and time. How the world in-itself presents itself to us is mediated through these conceptual “categories,” which provide the world with a structure that can be processed by beings with brains and capacities like ours.

But insofar as we cannot know the world except through the filter of our conceptual frameworks, the only form of necessity that could be relevant in conceptual analysis is conceptual necessity. Conceptual necessity recognizes that the necessity of a proposition is relative to the conceptual framework in which it is processed, understood, and known. Such necessity is, thus, conditional upon the categories through which beings like us perceive and make sense of the world, and do not hold, as W.V.O. Quine put the matter, “come what may.” It is true that Quine used that language to delegitimize the general project of conceptual analysis, but his famous critique in Two Dogmas of Empiricism seems to presuppose – and implausibly, in my view – that the relevant form of necessity is metaphysical necessity.

Sciaraffa’s review essay might be comparatively brief, but it is rich in insight with respect to how we should conceive the project of analyzing legal concepts. The only real direction we can go in is to rely on the linguistic and legal practices that shape our intuitions about law, and these concepts shape our intuitions in a reliable way precisely because, as Raz observed, our practices construct those very concepts. Sciaraffa’s essay is a timely reminder about how the project of conceptual jurisprudence should properly proceed.