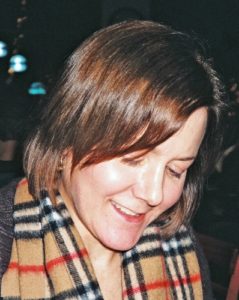 What was Ronald Dworkin’s relationship to constitutional originalism? One might think that Dworkin rejected originalism. After all, he famously advocated a normative approach to constitutional interpretation—indeed, a “moral reading” of the Constitution—an approach seemingly at odds with the historical approach favored by originalists. Moreover, he was explicitly critical of appeals to the intentions of the framers; in particular, he was critical of appeals to the framers’ expected applications of constitutional provisions. The latter criticism figured centrally in his commentary on Justice Antonin Scalia’s Tanner Lectures, A Matter of Interpretation. But in Originalism and Constructive Interpretation, David Brink offers a novel interpretation of Dworkin, arguing that, in fact, Dworkin subscribed to a version of originalism. This originalism differs markedly, however, from Scalia’s form of originalism, as well as from other contemporary versions of originalism. For what Dworkin advocated was an originalism of principle.

Brink’s defense of his interpretation of Dworkin proceeds in roughly three stages. The first stage defends a view of the semantics of legal norms, claiming that Dworkin (who defended the determinacy of law) would need something like this view in order to respond successfully to H.L.A. Hart’s argument for legal indeterminacy in hard cases. Hart argued that legal rules are formulated in general terms, that general terms are “open textured” (with a core determinate meaning, and an indeterminate periphery), and that for this reason, hard cases are legally indeterminate: they must be decided by an exercise of judicial discretion. As Brink depicts Hart’s semantic assumptions, Hart assumes that the meaning of language in a legal norm is determinate as long as the meaning and extension of its terms is uncontroversial. Where there is disagreement about criteria for the application of a term or about its extension, the term’s meaning is indeterminate.

But this assumption, Brink argues, is problematic. “Disagreement does not imply indeterminacy. There can be a fact of the matter about the extension of a term even if there is disagreement about its criteria of application or its extension.” (P. 277.) As Brink explains, the fact that people may disagree about the criteria for toxicity or the extension of the word ‘toxin’ doesn’t show that there isn’t a fact of the matter about which substances are toxic. Similarly, the fact that libertarians and egalitarians disagree about the nature of justice doesn’t show that the criteria of application or extension of ‘justice’ is indeterminate. In fact, Brink argues, Hart’s semantic assumptions would have the result that when people apparently disagree in their criteria for application of a term, they actually mean different things, in which case they aren’t really disagreeing after all. “Disagreement is typically disagreement in belief about the extension of terms, which presupposes invariant meaning and extension.” (P. 178.) In contrast to Hart’s “descriptional” conception of meaning, Dworkin must, he thinks, be committed to a “referential” conception of meaning, according to which the meaning and extension of terms depends on substantive facts about the nature of the objects to which those terms refer. In the case of general terms that occur in legal norms, their extension is determined by “substantive facts about the nature of the institutions, processes, properties, and relations that these norms concern.” (P. 279.) Brink suggests that the contrast between views might also be expressed in terms of the contrast between concepts and properties, or in terms of the contrast between nominal (or dictionary type) definitions and “real definitions,” which attempt to characterize the essence of a kind or property.

Though not explicitly defended by Dworkin himself, this semantic view fits, Brink contends, with Dworkin’s claims about constitutional interpretation in Taking Rights Seriously, as well as with his critique of conventionalism in Law’s Empire. It aligns with Dworkin’s distinction between concepts and conceptions. People might share a concept, such as the concept justice, while holding different conceptions of justice. They might share, in the case of distributive justice, the concept of an “appropriate distribution of the benefits and burdens of social interaction and cooperation” and might agree on paradigmatic instances of justice and injustice, while holding competing conceptions of the extension of the concept (for example, libertarian and egalitarian). (P. 280.)

The second stage of Brink’s interpretation of Dworkin discusses his critique of originalist appeals to framers’ intentions. Such appeals have well known difficulties; Paul Brest discussed them extensively in “The Misguided Quest for the Original Understanding.” Dworkin stressed some of these difficulties as well, and this might lead one to conclude that he rejected originalism altogether. But Brink argues that “there is a form of originalism about constitutional interpretation with which Dworkin has reason to be sympathetic.” (P. 283.) To explain this form of originalism, Brink turns to Dworkin’s distinction between abstract and concrete (or specific) intent. Consider the interpretative constraint of fidelity to the framers’ intentions. What this constraint entails is uncertain until we know which of the framers’ intentions interpreters must be faithful to—their abstract or specific intent. Fidelity to specific intent would require legal interpreters to engage in historical-psychological investigation of the sort commonly associated with originalism. In contrast, fidelity is to abstract intent would require legal interpreters to engage in moral inquiry into “the nature and extension of the values and principles that the framers introduced.” (P. 283.)

Which controls, abstract or specific intent? Dworkin offered a counterfactual test that asks us to consider “what a framer would have supported if he thought he had to choose between his abstract and specific intent.” (P. 283.) Brink offers the following example. (Pp. 283-84.) Suppose that I intend to strictly regulate the manufacture and disposal of toxins. As it happens, I believe that only x is toxic, and so I aim only to strictly regulate x. But now suppose that I came to believe that y is also toxic. Would I give up my intent to regulate toxins or my intent to regulate x? Although Dworkin, Brink reports, seems to have thought that application of this counterfactual test may often yield indeterminate results, Brink himself thinks that it usually has a determinate answer, and one that treats abstract intent as controlling. He remarks, (Pp. 284-85)

Brink goes on to argue that an originalism based on fidelity to abstract intentions overcomes the problems Brest and Dworkin himself raised for appeal to framers’ intent.

The third stage of Brink’s defense of his interpretation of Dworkin discusses how Dworkin defends an originalism of principle in his comments on Scalia’s defense of textualism in A Matter of Interpretation. In the course of spelling out what he takes to be Dworkin’s view, Brink offers a map of the forms originalism can take. Whereas Scalia defends a form of textualism that accepts a public meaning view of constitutional language, along with a descriptional view of meaning, Dworkin defends a form of textualism that accepts public meaning but with a referential theory of meaning, as described earlier. (Alternatively, Brink suggests, Dworkin’s position might be described as accepting framers’ intent (rather than textualism) where the relevant intent is abstract intent.)

Brink offers an illuminating and compelling interpretation of Dworkin that aims to make coherent sense of his disparate commitments and of the differing ways in which he formulated his views over the years—in terms of principles v. rules, concepts v. conceptions, and abstract v. specific intent. He offers a persuasive account of the differing semantic assumptions of Hart and Dworkin and persuasively shows how Dworkin’s semantic views help to buttress his case against legal indeterminacy. He also offers persuasive considerations in favor of the dominance of abstract intent in constitutional interpretation.

Brink’s interpretation of Dworkin is perhaps best understood as itself an exercise in constructive interpretation, which seeks to fit and make sense of Dworkin’s diverse claims, while showing his views in their best light. As such, it is bound to spark both interpretive and substantive disagreement. For example, there is some textual evidence that supports interpreting Dworkin as accepting a speaker’s meaning view rather than a public meaning view of the constitutional text. And some will be more worried than Brink about how to reconcile Dworkin’s constructive interpretation and the originalism of principle that Brink attributes to him. Some might question whether an originalism of principle is really a form of originalism at all, since it seems distant from the historical approach associated with originalism; whether it is depends, of course, on what makes a theory of interpretation originalist, which is a matter of some dispute.

In any case, the interest of Brink’s article goes well beyond whether it is ultimately convincing as an interpretation of Dworkin. His discussion reveals the key decision points in formulating an originalist theory and gives us some important considerations in favor of formulating originalism in some ways rather than others. Moreover, whether or not an originalism of principle was Dworkin’s own view, and whether or not it is plausibly a form of originalism, it is a view that merits serious attention. Of course, Brink does not, in Originalism and Constructive Interpretation, undertake to defend an originalism of principle as a stand-alone view; such an undertaking is more properly the project of positive theory construction rather than the project of an interpretive article. But he has succeeded in showing why we should be keenly interested in such a theory.