Authority in Our Time: Accounting for the Concepts of Prerogative and Equity in the Legal Order 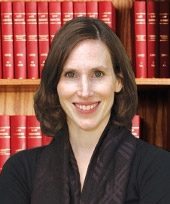 As a private law theorist, I have been captivated recently by the work of public lawyer Thomas Poole on the concept of prerogative. Poole developed his account most fully in his analytically brilliant and deeply learned book, Reason of State: Law, Prerogative and Empire (Cambridge 2015). Poole has continued to refine his thinking about the concept of prerogative in more recent work, including The Strange Death of Prerogative in England, in response to a spate of recent cases in England. What is so compelling and illuminating about Poole’s work on prerogative for a private law theorist? Private law theorists have long assumed that the most philosophically interesting questions in the field concern the structure of interpersonal rights and duties—what we owe each other. As a group, we have tended to stick to those areas of doctrine, like tort and contract, that repay close attention to such structural questions. Other areas of private law doctrine, especially property and equity, have not been not well-integrated into accounts of private law focused on interpersonal relations. That may be because they raise questions and invoke concepts outside the core of private law theory today. Equity, in particular, challenges the sufficiency of understanding private law as a framework of predictable, durable and standardized rights and duties. I may have a property right in law only to find that equity directs me to exercise it in ways the law does not require of me—or be held in contempt. I may have a contractual right to your performance of a contract but equity may prevent my enforcing it when I have led you to act to your detriment on the belief that you need not perform. Equity appears, then, to be a cluster of doctrines that lie on the outer edges of private law.

One way to chart the path forward to a more complete and unified understanding of private law –one that includes equity—is to look at how, in the context of public law, Thomas Poole has worked out the idea of the prerogative in institutional, conceptual and normative terms. The concept of prerogative, Poole argues, is best understood not as the bundle of prerogative powers that public lawyers of old enumerated nor the purely political conception of emergency powers outside the grip of law, but rather as a constitutional idea of prerogative: a distinct claim of imperative authority associated with guardianship of the State and that functions to stabilize and maintain the integrity of the legal order itself.

The ramparts of Poole’s concept of prerogative are the classic accounts of Dicey, Locke and Blackstone, which, properly fortified, are defenses against the doctrinarism, sentimentalism and political cynicism that have weakened understanding of its nature, core elements and proper locus in the constitutional order. Poole takes himself to be sifting through these classic accounts, taking apart and reassembling the pieces in a way that better reveals the idea of prerogative as a complex whole. What Poole delivers is an idealized explanation of prerogative as a special and distinctive claim of authority that finds doctrinal expression in a number of familiar prerogative powers, including the power of mercy, war, empire and trade. In all of these powers, the elements of prerogative are present. The features of prerogative power, Poole argues, are that (i) it is residual in nature, belonging to the executive in its capacity as guardian of the state; (ii) it is authority of an imperative or directive kind (not expressing itself then in the form of laws of general application); (iii) it is directed primarily at officials (not subjects); (iv) it has distinctive analytical properties, including, most mysteriously, its affective aspect (“As a residual symbol of majesty and lordship, prerogative taps into a sentiment now barely glimpsed and almost shameful to modern constitutional sensibilities” (p. 54)); (v) the concept is a unified whole, weakened where any of its elements are diminished; and (vi) it has a place within the constitutional framework even as it occupies an almost external space, law looking in on itself.

Poole’s own thinking about the prerogative in the public law context is rather deflationary. He believes that crucial elements of the concept—especially its affective dimension and the deference that once provoked from courts— either have already been or are on the way to being eliminated from British constitutional thinking today. In the British courts’ increasing refusal to defer to the executive in the exercise of core prerogative powers (as in the Brexit case), Poole sees signs of the death of the prerogative.

Here, then, is where private lawyers can both profit from Poole’s conceptual and normative analysis of the idea of the prerogative and perhaps turn around and export some insights from private law on the role that the prerogative might continue to play within the modern constitutional order, despite the transformation underway. The power to do equity was itself originally bundled together with other incidents of royal prerogative, the power to pardon, grant dispensations, charters, dignities, all powers in some sense to make exceptions. Even as equity has migrated from the executive to the judicial branch, even as much of its operations have been juridified over time, equity continues to occupy a similar legal terrain in relation to private law as the prerogative does in relation to law generally. The power to do equity is the power to preserve and safeguard the integrity of a system of rights. Courts, not the executive branch, are now the agents of equity and custodians of the private law order (not merely refusing to defer to officials within the executive branch but wholly taking over guardianship authority in their stead). But core elements of equity that are so like core elements of prerogative power —its affective dimension, found in its appeal to conscience and honor, its function to safeguard the framework of rights, its imperative nature, directing those with discretion and power within the system of rights to exercise it in ways that conduce to the stability of that system—all remain. Courts in doing equity thus claim a kind of authority that we can and should distinguish from the core judicial authority courts wield when they are simply enforcing private rights. Even as equity has undergone profound institutional change, equity as a concept remains, a standpoint on the private law order required to ensure its integrity. This points, perhaps, to a future for the development of prerogative in public law, whatever branch of government is the repository of that authority.

Cite as: Larissa Katz, Authority in Our Time: Accounting for the Concepts of Prerogative and Equity in the Legal Order, JOTWELL (June 10, 2020) (reviewing Thomas Poole, The Strange Death of Prerogative in England, 43 Univ WAL Rev 42 (2018)), https://juris.jotwell.com/authority-in-our-time-accounting-for-the-concepts-of-prerogative-and-equity-in-the-legal-order/.