Are The Rule of Law and the Rule by Law Really That Different?

Jeremy Waldron, Rule by Law: A Much Maligned Preposition, available at SSRN. 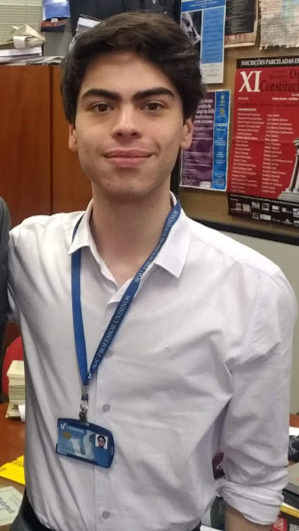 As Jeremy Waldron well states in his article, Rule by Law: A Much Maligned Preposition, “there are lots of tough questions surrounding this one little phrase–‘the rule of law.’” (P. 2.) There is indeed a lot of controversy surrounding this political ideal, this little phrase. And this controversy gets a lot more complicated when we change a little preposition in this little phrase and start to distinguish between the rule of law and the rule by law: the first, taken as a synonym of legality; the latter, a caricature of it. Waldron seeks to discuss it all, and to show that maybe the rule by law is a lot more demanding than it seems to be.

First, though, some definitions. Although it is impossible to arrive at a canonical definition, it is also safe to assume, for analytical purposes, that the rule of law is—contested as it might be, and broadly understood—one of the many values in (liberal) political morality, according to which people shall be governed by clear, stable, general norms; “a situation in which the government is subject to legal limitation and constraint.” (P. 18.) Contrasted to that, some take the rule by law to be a degraded version of this ideal; as Waldron states: “the use of law as a tool or instrument to serve the ends of power in an authoritarian regime.” (P. 3.) But is that warranted?

While discussing many of the different approaches regarding the rule of law (and the rule by law), in all of its contrasts, complexities, and nuances, Waldron suggests that “if we take the syntax and vocabulary of the phrase ‘rule by law’ seriously, that seems to be what it requires: we are not to be ruled except by law.” (P. 18.) If Waldron is right—and I do believe he is—the contrast that is usually made between the two phrases, “rule of law” and “rule by law,” is a lot more subtle than it might seem to be at first glance. When we ask of a government that it should rule by law, this demand can be read as “a demand that it should use only legally defined powers”. And “[i]f this makes sense, then we have to concede that the little preposition ‘by’ in ‘rule by law’ is by no means expressive of pure submission to government authority.” (P. 21.)

All this is quite controversial. And it is controversial, I suppose, for conceptual reasons. What do we even take law to mean in the first place? Be it the rule of law or by law, well, what is… law?

I believe that Waldron himself provides us with a key to get out of this mess. In his 2008 article, The Concept and the Rule of Law, Waldron articulates an interesting claim: what if grammar here is misleading? Maybe the best reading of both the concept of law and ‘the rule of law’ arise when we take them to be two connected propositions. Law, after all, can be a much more demanding concept than a positivistic approach would put it. Just as we cannot be too casual about what it takes for a system of government to be considered a democracy, maybe we should be more discriminating when the issue is about a system being a legal system. “Not every system of command and control that calls itself a legal system is a legal system” (2008, Pp. 13-14); there are some requirements. Throughout his article, Waldron suggests that for a system of governance to qualify as law it must have (A) courts; (B) general public norms; (C), “positivity” (i.e., law as “something that people have made and people can control” (2008, P. 30)); (D) orientation to the public good; and (E) systematicity (for law is not merely a heap of independent norms, but a corpus juris). If many of these requirements are usually associated with the rule of law, none the worse for that. Taken together, law and the rule of law inform and protect each other from any impoverishment, conceptual or normative.

Waldron has made a brilliant, unique contribution for analytic jurisprudence when he elaborated on possible connections between the concept and the rule of law. I strongly believe he has a point; if I am—if he is—correct, the rule of law and the rule by law are not really that different. Let us argue about what law is (and should be), and we will not admit defeat and “abandon to the authoritarians” (P. 22) too easily the idea of the rule by law.

Cite as: Gilberto Morbach, Are The Rule of Law and the Rule by Law Really That Different?, JOTWELL (March 17, 2020) (reviewing Jeremy Waldron, Rule by Law: A Much Maligned Preposition, available at SSRN), https://juris.jotwell.com/are-the-rule-of-law-and-the-rule-by-law-really-that-different/.