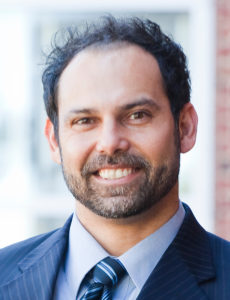 Whether by statute or executive order, many agencies are required to produce cost-benefit analyses when proposing significant regulations and to justify decisions in its terms. The reason is not that cost-benefit analysis is perfect. Even its most thoughtful proponents recognize it has limitations. According to Matthew Adler and Eric Posner, for example, “[m]odern textbooks on [cost-benefit analysis] are plentiful, and some of them are optimistic about the usefulness of the procedure, but most of them frankly acknowledge its serious flaws and the inadequacy of standard methods for correcting these flaws.”1

Most proponents of cost-benefit analysis nevertheless suggest that when it comes to agency decision-making, no better and feasible alternative currently exists. Whether that is true depends on what the alternatives are. I have recently found A Reliability-Based Capabilities Approach useful in this regard. I believe it offers the right building blocks to articulate an alternative, capabilities approach to agency decision-making that may prove useful in a wide range of domestic policy contexts.

Capabilities approaches, as pioneered by Amartya Sen and Martha Nussbaum, are by now well known. Though there are many different ways to develop the idea, all begin with the conceptual claim that what is intrinsically valuable for people is not the resources they have, or just any subjective mental states, but rather what people are able to be or do. Whereas orthodox cost-benefit analysis relies heavily on willingness to pay to measure “costs” and “benefits” and thus typically uses market data or surveys to “price” most “costs” and “benefits,” capabilities approaches do not assume that everything of value must be priceable by a market. Capabilities approaches recognize that human welfare can also be multi-dimensional: deficits in one capability need not always be compensable through benefits to another. This means that it is not always useful to present things in terms of one aggregate measure.

What explains this difference in application? One reason relates to liberal concerns for value neutrality. Whatever its limitations, cost-benefit analysis at least has the merit of being sensitive to the changing preferences of a population, insofar as they are reflected in the market. By contrast, once one goes beyond the basic conceptual claims of capabilities approaches mentioned above, their application typically requires some method to settle which capabilities are intrinsically valuable and how to weigh them. This can pose a problem for liberal methods of decision-making because values are contested in free societies.

For some time now, I have thought that some of the conceptual claims made by capabilities are undeniable. I have nevertheless shared the concern that capabilities approaches may not be sufficiently value-neutral for widespread use in domestic policy contexts by federal agencies. A Reliability-Based Capability Approach has prompted me to reexamine that view. The article develops a mathematically rigorous method to quantify the societal impacts of certain hazards, using a capabilities approach. Though the piece is focused on hazards, I believe these methods could be extended to produce a capabilities approach to evaluate legal regulations that avoids the charge of illiberalism.

I see potentially useful aspects to A Reliability-Based Capability Approach when it comes to measuring the impacts of legal regulations on both basic and non-basic capabilities. The article begins with a mathematical formalism that uses vectors to represent different achieved functionings (which are valuable beings or doings) of individual persons. (A vector is just a quantity in an n-dimensional space that can be represented as an arrow with a direction and magnitude. In this case, the n dimensions reflect the n classes of achieved functionings that will be measured.) These vectors are then transformed into vectors of indices of these achieved functionings. Standard empirical methods can be used to predict the likely outcomes of hazards (or regulations, I suggest, by extension) on these indices.

The article allows for the definition of certain thresholds of “acceptability” and “tolerability” of any component of an index. It then offers a mathematical approach, based in systems analysis, which allows one to calculate the “acceptability” and “tolerability” of a predicted outcome and return a “non-acceptable” or “non-tolerable” conclusion if any predicted functioning for an individual falls below a set threshold for that type of functioning. It should be noted that “functionings,” in the language of capabilities approaches, are achieved beings or doings, whereas “capabilities” are abilities to achieve valuable beings or doings. Functionings can only be presumed to provide good proxies for capabilities when it comes to basic capabilities, which almost no one would fail to pursue if they were capable.

The authors suggest using democratic processes to determine what capabilities are valuable and what thresholds should be used to make these determinations. But there is another possibility. With suitable modification, these equations could be used to determine what thresholds of “acceptability” and “tolerability” are implied for each basic capability, within a larger group, by a proposed regulation. This might be done by combining information about the predicted average and standard deviations for each component. When it comes to basic capabilities, which everyone agrees are valuable, I believe it would provide useful information to know whether these implicit thresholds would be increased or lowered by a proposed regulation.

Consider, for example, a capabilities-based measure that is similar in spirit and might be integrated into such a framework: quality-adjusted life years (QALYs). An agency that is considering two different regulations, which decrease the overall costs of healthcare, might find that both are cost-benefit justified. One set of regulations might nevertheless be predicted to lower the implied minimal acceptability or tolerability thresholds for quality-adjusted years of life because it decreases the costs for certain luxury health services (i.e., services that some people may decide to purchase but do not extend QALYs) while making it harder for many other people, who have less financial resources, to obtain cheap health services that would greatly extend their quality-adjusted years of life. The other regulation might be predicted to raise these minimum thresholds. All else being equal, the second regulation should be preferred.

Instead of trying to decide in advance how to weigh all these factors, it might be sufficient to render all these facts transparent during the notice and comments period of a proposed regulation. Then more people could know what regulations are actually doing and could respond politically.

By contrast, cost-benefit analysis—at least as it is typically operationalized using willingness to pay to measure the relevant “costs” and “benefits”—tends to obscure some consequences of regulations. There is nothing inherently valuable about willingness to pay. Hence, reliance on this metric only makes sense if differences in willingness to pay are the best available proxies for differences in human welfare. But as the hypothetical example of healthcare in an unregulated market will now show, market prices are often poor indicators of the routes to human welfare.

The problem arises from a combination of cost-benefit analysis with wealth inequality. People who have more resources may be willing to pay relatively large amounts for some health services that do not contribute much at all to QALYs. But many poor people may be unable to afford even some basic healthcare services that are critical for their QALYs. This is not because the capability to be healthy or to avoid premature mortality is less intrinsically valuable to the poor. Nor is it because some lives are more valuable than others. People who are poor must simply make harder choices with their limited financial resources. As a result, orthodox cost-benefit analysis can count small welfare benefits to the rich more heavily than larger welfare benefits to the poor.

That mainstream cost-benefit analysis systematically favors the wealthy is well known among philosophers and economists. The language and formalisms of mainstream cost-benefit analysis nevertheless hide these consequences of regulatory choices from most people. It would be much more transparent if agencies were required to produce not only cost-benefit analyses, when proposing major regulatory changes, but also reports on the likely impacts on the thresholds of acceptability and tolerability for any basic capabilities that may be affected. It is not necessary to decide in advance what the right thresholds should be. Sunshine may often be a sufficient disinfectant.

A different solution is required when it comes to measuring the effects of regulations on non-basic capabilities. These are capabilities that different people may value differently (or not at all) in a free society. I believe that a different idea found in A Reliability-Based Capability Approach may help with this problem as well.

In particular, the article proposes using the standard deviation of indices as a way to measure the variability in achieved functionings that people exhibit with respect to different capabilities. Though the idea would need to be developed, I see in it the embryonic form of an index that could measure peoples’ effective abilities to choose between different achieved functionings and thus pursue different conceptions of the good.

An index of this kind would be just as value-neutral as cost-benefit analysis, but it would not systematically favor the wealthy. Use of it would also address another well-known limitation of cost-benefit analysis. Most people value some things—like community, friendship, and faith—that are neither sold on a market nor could maintain their value if they were. Some other goods and services—like domestic labor within a family—contribute great amounts to human welfare but are not well priced by markets because they are often freely given. Regulations that rely too heavily on cost-benefit analysis tend to overcount values that are commodified (or at least commodifiable) over values that are not. That cannot be good for a society, given everything that people actually value. An index that measures peoples’ capabilities to pursue their personal conceptions of the good, regardless of how much is commodified or commodifiable, would be extremely useful for the law.