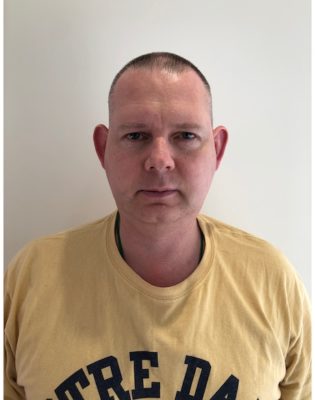 This important and impressive new book by Roger Cotterrell represents a new and original perspective on legal theory, building considerably upon the author’s previous, justly celebrated, work. It calls for a “sociological jurisprudence” (not a mere sociology of law) and for a reorientation of jurisprudential study as a form of social inquiry. The book is not likely to please all jurisprudential scholars, but all should read it and will profit from doing so.

The book is divided into three parts: first, concerning the ‘juristic point of view’; second, transnational legal theory; and third, on “legal values.” I will very briefly explore each in turn.

The first part of the book is devoted to the argument that there is not one single idea of “law” that holds true of all forms of legal order at all times and places. Instead, the inquiry must be an empirical one, generalizing a model with which to describe a great array of regulatory systems. This is possible if one begins one’s theorizing from the perspective of the “jurist,” addressing specifically juristic concerns. For the jurist’s responsibilities and characteristic modes of action are likely to be different in different social orders: in a tyranny, a bureaucratic state, a theocracy or a police state. (P. 34.)

It is nevertheless possible to ask, if the instances of regulation are so various and resistant to being described by one single model, how is one to distinguish between one empirically grounded generalization (which will only fit a percentage of actual regulatory systems) and another? Moreover, the book does not, it seems to me, adequately explain what a “jurist” is, beyond referring to it as an ideal-type. (P. 43.) If jurists’ responsibilities differ within different systems of regulation, how, again, can we distinguish jurists from non-jurist officials who govern otherwise than through law? It would be interesting to compare this idea with Finnis’s viewpoint, which also starts by considering the formation of concepts for sociological inquiry and develops (borrowing from Aristotle) the idea of “focal” concepts.1. Perhaps a second edition of the book might challenge this viewpoint.

The second part, on transnational legal theory, argues that many of the systems that have formed to address transnational legal problems do not readily fit within the models of legal order that are prevalent within domestic jurisprudence. Rather than categorizing all such systems as non-legal (for they are often treated as legal by participants in those contexts), Cotterrell argues that it is our definition or understanding of law that should shift and evolve. Indeed, Cotterrell believes that the presence of such systems indicates that there may be no timeless “essence” of law or legality by which we can measure social systems, to determine whether or not they embody distinctively legal governance. Again, many legal philosophers might reject this idea, but Cotterrell’s sophisticated defence of the idea should at least oblige philosophers to look at and understand anew their theories and underpinning assumptions. Indeed, this part of the book will be of intense interest not only to jurisprudential scholars, but also those working in and around such transnational systems of regulation and “soft law.”

The final part of the book is an extended consideration of “legal values.” Here, the book seems to occupy the same ground as that of legal positivists, for it argues that the values that animate the law (such as justice and security) are not universal but time-bound and place-bound; and that we must therefore resort to what the book calls a “client-orientation” or perspective. Cotterrell writes:

If values are important, it has to be asked how they are important to those whom legal experts address…How do, for example, values of justice and security vary in significance and meaning for different client groups? How does the balance between such values vary in the aspirations and expectations of the legal expert’s clients and audiences—in various public or official perceptions; in certain social groups as contrasted with others? How does it vary in the perspectives of various agencies of the state or in the regulated citizenry, among academic audiences of students and scholars of law, or among diverse popular audiences outside the academy? And how far can any legal expert speak to society at large as the ultimate client or audience? (P. 22.)

Presumably then, this (empirical) perspective must be value-neutral and descriptive? But this leaves open the question how we are meant to elicit these values, even supposing particular “client groups” all hold the same values. Furthermore, if the legal expert’s “clients and audiences” are indeed diverse, how (aside from armchair sociology) are we to go about finding out the values of agencies, citizenry, students, scholars, and popular audiences? Not with such a blunt instrument as voting; but even a careful survey requires the surveyor to choose certain questions and not others, to structure a survey in this way rather than that. But more to the point, if individuals do indeed get their values not from abstract or universal principles, but in the heat of particular contexts and difficulties, how could even the most careful survey provide an accurate account of people’s values?

The final chapters of the book discuss two values in particular that Cotterrell argues are central to at least modern, western states: individualism and social solidarity. The former value has been extensively explored in legal and political theory, so that its inclusion comes as no surprise. But the latter receives virtually no sustained attention, making this the most interesting part of a very interesting book. Clearly individuals will not themselves promote the value of social solidarity in their actions (unless toward family, friends, and perhaps colleagues), so it is up to the law—the jurist—to promote social integration. Cotterrell argues that social solidarity directly arises from economic interdependence (P. 189); but it seems arguable that such extensive and complex economic relationships depend upon prior social cohesion and shared goods such as language.

The book’s discussion of the importance of social solidarity is reminiscent of the work of an earlier positivist, Thomas Hobbes. (In fact Hobbes was also a natural lawyer, but that is a matter for another day.) As Hobbes makes clear, the internal peace and security of the community is more important than, and a prerequisite of, any other form of social good. But the idea of social solidarity is perhaps superior to that of Hobbesian security, for it intimates a realisation that safety and order can only be achieved if they also incorporate at least a degree of justice. I hope this latter idea is one that Cotterrell will return to in future writing.

In all, this is a very interesting, thought-provoking, and beautifully written book. The foregoing scarcely breaks the surface of the ideas involved, and I would encourage anyone who works in jurisprudence to read it carefully and sympathetically.