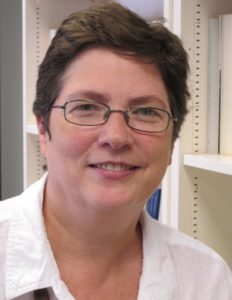 Marc Spindelman’s essay Sexuality’s Law, forthcoming in the Columbia Journal of Gender and Law, is one of the most extraordinary pieces of legal writing on the interrelations of law, culture and sexuality to appear in a law journal in well over a decade, perhaps much longer.

Professor Spindelman begins his essay with a legal puzzle: why is it that out of the thousands of men who have been infected with HIV through consensual sex with another man who failed to disclose his HIV status, almost none have sought to use the law’s tools so as to seek redress for the injuries done to them?  The transmission of disease through sex might be intentional, reckless, or negligent, and in any event, occasioned without the informed or knowing assumption of the risk by the person infected.  Yet we see virtually no criminal prosecutions for homicide when this occurs intentionally, and almost no civil awards of damages when it occurs recklessly or negligently.  Why?  Why have gay men not turned to the law to seek redress against other gay men who harm them, and often kill them, by not disclosing their HIV status in the course of consensual sex?

Spindelman begins by rehearsing, and rejecting, some conventional explanations: that during the height of the crisis, the gay community united in solidarity around their own, refusing to allow themselves to be splintered in the face of a hostile mainstream culture; that AIDS had its genesis in an era of confusion and blamelessness, with a widespread belief that it was even logically impossible to assign blame to individual transmitters; that victims were broadly skeptical that a legal system that had so thoroughly disregarded their rights would give them a fair shake in actions of this sort; and that the elites of the gay community quickly coalesced around an alternative narrative that targeted the government’s failure to respond to the public health crisis, rather than a narrative of individual responsibility and blameworthiness, properly compensable through the ordinary mechanisms of private law.  None of these, he argues, fully explains the widespread sense during the height of the crisis in the nineteen eighties, that HIV and AIDS transmission were just not amenable to legal tools of redress.  Rather, he argues, a cultural stance, or predisposition, or simply, an ideology underlay the response of victims to their injuries, and the community to the crisis: what Spindelman dubs an “ideology of sexual freedom” that valorized sex, including unprotected sex, over life, and that in effect eroticized death by so doing.  By the lights of an ideology which prioritized the importance of unfettered sex above all else, and which was put forward as a fighting faith, the victims of AIDS were martyrs, or soldiers, felled in a sexual battle that was itself drenched in mystical and religious as well as historical significance.  The sex for which these soldiers died, from within the perspective of this ideological lens, was an expression not of love, community, companionship, or even pleasure, but rather, of pure power, valued very much for its own sake, and transcendent in its embodiment of all it was stereotypically, in a homophobic culture, charged with being: non-regenerative, decadent, often sadistic, profoundly hierarchical and arbitrary, and potent with deadly force.  Sex, according to the purveyors of this ideological stance, was to be worshipped, not regulated, and any questioning of the harms the sex for which all should be willing to die might occasion, and certainly any suggestion that those harms, if caused by individuals in a manner the law cognizes, should be compensated, was simply blasphemy.

To mount his argument, Spindelman interprets four fundamental texts by prominent gay men from the 1980s, the high water mark of the epidemic, and scores, even hundreds, more in the voluminous footnotes along the way.  The argument begins with a brilliant reconstructive reading of Douglas Crimps’ How to Have Promiscuity in an Epidemic, an essay which appeared in 1987, and which rested at heart on an attack of Randy Shiltz’s history of AIDS in the popular book And the  Band Played On, and Larry Kramer’s critique of gay promiscuity.  Crimps attacks Shiltz’s history of the origins of the AIDS epidemic and Kramer’s critique of promiscuity as homophobic self loathing; both men, according to Crimps, undervalue sex, sexual pleasure, and sexual identity, and both are skewered for it.  In Spindelman’s reading, Crimps has basically sacrificed not only Kramer and Shiltz, but also truth itself and thousands of victims, on a pyre dedicated to sexual freedom at all costs.  By reading Shiltz as purveying a “narrative” of gay guilt, rather than governmental mendacity, in the outset of the AIDS epidemic, Marc argues, Crimps reveals his own ideological commitment to sex over life and to sexual-cultural texts over ascriptions of responsibility.  Spindelman closes his article with a reading of Bersani’s now classic essay, Is The Rectum a Grave, which hardly needs a subtle re-telling to fit Marc’s thesis: Bersani is quite explicit in his adoration of sex that is expressive of nothing but power, adopting Andrea Dworkin’s familiar anti-sentimental description of sex as an exercise of power, and then, unlike Dworkin, celebrating and valorizing it for just the reasons Dworkin condemned it, very much including its lethal potency.  The reading of Crimps and Bersani in this essay is utterly convincing.

The harder – much harder – arguments for Spindelman are the two critiques in the middle of his essay: first, his critique of David Chambers’ essay, Gay Men, AIDS, and the Code of the Condom, and second, his critique of parts of Richard Mohr’s Gays/Justice: A Study of Ethics, Society and Law. Richard Chambers’ “condom code” urged an ethic of voluntary compliance in the gay community with a moral code that required the use of condoms in anal sex, and urged the moral code as an alternative to any legal regulation at all (for example, Mohr rejects as well beyond the pale of acceptability even modest fines – comparable to that for failing to wear a seatbelt — on unprotected sex).   Spindelman faults Chambers’ Condom Code for sacrificing the victims of condom breakage and spillage for the sake of the pleasures enjoyed by survivors, for failing to require full disclosure, and Chambers himself for rejecting with almost no argument ordinary tools of legal regulation for these injuries.  He attributes all of this not so much to the ideology of sexual freedom, as to the “friendliness” of Chambers’ Code with the ideology of sexual freedom.  Richard Mohr’s philosophical argument in Gays/Justice for the insularity of sex from legal regulation rested on two planks: first, the familiar liberal claim that consensual behavior should be off the legal regulator’s radar for autonomy enhancing reasons, and, second, a more frankly mystical argument that sexual behavior, by virtue of  its other-worldliness, simply must be private (regardless of where it occurs) and regarded as such, as we would regard prayer.  Spindelman shows clearly the cost of an excessive reliance on consent, here as elsewhere in liberal thought, and raises cogent questions regarding the religiosity of sex.  These four views, collectively, rest on an ideology of sexual value, and imply or directly argue against regulation of the harms it occasions.  Spindelman then ends the essay with a lengthy discussion of the various ways in which law and legal discourse have been affected by the ideology of sexuality, from the Court’s recent decision in Hardwick, to queer theorists’ endorsement of the de-regulation of sexual injuries, from harassment to rape in war.

Spindelman has followed this essay with Sexual Freedom’s Shadows, forthcoming in Yale Journal of Law and Feminism, which is a Review of a book by Tim Dean exploring and then ultimately celebrating the fringe practice of Barebacking – the intentional transmission of AIDS (or the intentional embrace of the risk of transmitting AIDS) toward the end of an erotic high for both parties.  This essay is an extension and deeper exploration of the ideology of sexual freedom that underlies both phenomena: the underuse of the legal system for the AIDS transmissions, and the intentional transmission of AIDS as a part of sexualized expression.  The latter essay is, if anything, stronger than the former, but its target is somewhat narrower: Dean’s ode to barebacking will be read against a presumption of skepticism in any event.  Marc’s review of it will receive a friendly reception.

The ambition of Sexuality’s Law, by contrast, is larger, and so the weaknesses are more apparent.  They are twofold: briefly, the critique of Chambers’ condom code could have been more temperate, and the critique of Mohr’s liberal defense of sexual privacy could have been more careful.  The condom code, Spindelman argues, doesn’t go far enough as a regime of voluntary regulation, and it inexplicably turns its back on legal regulatory responses.  That seems fair enough.  On the other hand, it’s not at all clear that it is motivated by sexuality’s ideology, rather than the same concern for health and life that motivates Spindelman.  Spindelman’s and Chambers’ differences seem strategic more than ideological.  Second, Mohr’s insistence that consent of a victim whitewashes the injuries that consensual behavior causes does seem wrong-headed (I’ve argued as much repeatedly), but it is so for reasons that stem from the liberal valorization of consent, rather than because of the ideology of sexuality.  There is also an explanation for the failure of law to countenance these injuries that Spindelman doesn’t discuss: as Shari Motro has suggested in a recent and brilliant essay forthcoming in Northwestern Law Review on “pregimony,” the law has also failed to establish a way to spread the risks and costs of something else that is transmitted by consensual sex in addition to disease, and that is pregnancy.  Aside from costs of childbirth and pregnancy expenses related to childbirth, there is simply no liability and no liability mechanism for sharing the costs of the accidental and typically negligently caused harms.  Our inability to see the reckless or negligent transmission of disease as an event to which the civil mechanisms of law should respond might be of a piece: we just insulate sex and its harms against legal redress.

But the accomplishments of these two pieces taken together are collectively breathtaking.  The reading of the law and the culture of the time period is deeply intellectual and a stunning example of the best of cultural legal studies; Spindelman takes on hundreds of cultural sources and a library of legal scholarship in mounting his argument.  The arguments are also, quite simply, brave: he has bucked the ascendant trend in legal cultural studies and queer theory both that has tilted drastically and, quite possibly catastrophically, toward the praise, valorization, and protection of empowered sex of all forms, together with a contemptuous denial of the injuries and harms that sex has carried for its victims, including girls, women, gay men, and boys, and plenty of straight men and boys as well.   He does so, furthermore, with writing that is as impassioned and literary and beautiful as some of the texts he’s attacking, but in Spindelman’s writing, the argument, the passion, the turns of phrase, the thousands of footnotes, are put toward the ends of truth, of community of purpose, autonomy, and a celebration of individual dignity, all values, he argues, threatened by sexuality’s ideology.  This is writing that matters, that serves truth, that responds to injury, and that restores one’s faith in the legal academy; this is what legal scholarship can be.