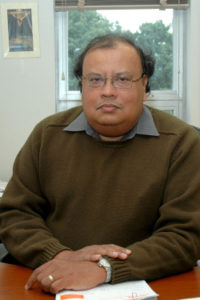 Many readers are aware of the field of law and behavioral economics, which adopts insights from cognitive psychology to examine and critique prescriptions of rational choice theory for law and policy.  For those seeking a wider understanding of the background, cognitive psychology scholarship has an excellent resource in Professor Mark Kelman’s new book.  As its title suggests, the book synthesizes academic research on the use of heuristics in individual decision making.  Here, I summarize the book, putting out tantalizing teasers to encourage you to read this important volume as well laying out some of its implications for jurisprudence and legal policy.

In addition to the book, I recommend the Stanford Law School symposium devoted to Professor Kelman’s book that you can watch on YouTube after a judicious search of “heuristics debate Stanford.”  But it would be an error to take a short cut and not read the book as well.

Rational choice theory is at the center of the heuristics debate. One critical axis is known as the Heuristics & Bias approach, originated by Daniel Kahneman and Amos Tversky in the 1970’s.  Their Nobel-prize winning work tested the predictions of rational choice theory through carefully designed laboratory experiments in which subjects would be asked to make choices under different scenarios. What these experiments showed is that people’s decisions were subject to cognitive deficiencies, such as over-optimism, framing effects, the conjunction fallacy, anchoring effects, and endowment effects. Discovering and recording the extent of these cognitive failures cast doubt on the bedrock principles of rational choice theory. If individuals do not behave as the axioms of the theory predicted, what good is rational choice theory as a predictive model and guide for policy-making?

But the debate that Professor Kelman recounts for us is not solely with rational choice theory.  There is also an internal debate in the critique of rational choice.  Gird Gigerenzer, like Kahneman and Tversky a cognitive psychologist, has made the case that the biases and heuristics identified in the experiments do not mean that individuals are irrational.  Instead, he concluded that many of these so-called biases are rational short-cuts, arising from the evolutionary development of human psychology in response to environmental factors.  If you and a companion were being chased by a rapacious predator, you would up your chances of survival by adopting quick-thinking cues while your colleague engaged in clunky and complicated rational-choice-type-like analysis.

According to Gigerenzer and his various acolytes, the subjects of Kahneman and Tversky’s experiments are acting rationally, albeit not in the complex way that rational choice theory would predict.  This alternative axis of the debate is called the Fast & Frugal approach to reflect how its proponents view human psychology. Important evidence for Fast & Frugal comes from experiments identifying the recognition heuristic, which purports to show that human actors tend to choose identifiable and familiar choices even though they are wrong.  For example, when asked to pick which of two cities is bigger in a list, experimental subjects tend to pick cities they are aware of rather than the correct answer.  Professor Kelman’s book not only provides a good introduction to the Fast & Frugal school of cognitive psychology, but also presents his own experiments that question the recognition heuristic.

What is at stake in the heuristics debate?  In a penultimate chapter, Professor Kelman maps the terms of the heuristics debate onto the familiar one between Langdellians and the Legal Realists.  Kelman posits an affinity between the Fast & Frugal school with the Langdellians, and another between the Heuristics & Bias school with the Holmesian strand of the Realists.  Very broadly, Langdellians favored discrete legal rules as cues for decision making while the Holmesian Realists emphasized human fallibility.  I am not sure I fully buy this.  At a superficial level, the derivation of rules from cases parallels the search for fast and frugal cues to manage various environments. But Langdellians ostensibly are searching for the right or true rule, a goal that is irrelevant for Fast & Frugal adherents. Furthermore, the Holmesian allegiance to majoritarianism seems more like a lexical cue rather than a heuristic or bias in legal decision-making.  Nonetheless, there might be something in Professor Kelman’s homology to help us understand how legal education operates and how law students and professors think.

How about the implications for policy making?  Scholars of sociology, of history, of literary criticism have all lent their criticism of rational choice theory with each providing alternatives that can enrich our understanding of legal policy. Within economics, rational choice theory has its most powerful critics from those working on information economics, which in some strands has been influenced by cognitive psychology. What is hoped is that the research in cognitive psychology allows us to identify cognitive fallacies in a systematic way and thereby reform the design of institutions, such as the jury or consumer and financial regulations. The heuristics debate is successful in that it expands the tool kit of policy makers. Rational choice based policy invariably lead to taxes and subsidies (whether explicit or implicit). If we believe people operate through heuristics, of whatever form, the instrumentalism of taxes and subsidies seems inadequate.

Contra rational choice theory, legal intervention is grounded not just simply in market failure (rational actors suffering from collective action problems) or government failure (rational actors being captured), but in broader questions of institutional design. Richard Thaler and Cass Sunstein have written on libertarian paternalism and the design of policy that nudges, rather than simply mandates or alters prices, in order to lead individuals to the right outcome.  Professor Kelman provides some healthy skepticism about these prescriptions based on the existing academic literature. Neither school, Professor Kelman argues, has done much to help in our understanding of the concept of “error.” He asks: “When can we trust that we can help consumers correct their ‘errors’ and then make plural choices based on their inevitable diversity of circumstances and desires?”  In other words, to use some vernacular, how do policy makers know when actors are subject to systematic biases or innate cues and when they are just plain weird?

Let me add another concern. Various sides in the heuristics debate suffer from the same poverty of understanding of human behavior and psychology as rational choice theory. Both schools are attempting to make human behavior more rational, either by curbing biases or by rationalizing them through evolutionary theory. What role does human emotion play?  Are anger, fear, jealousy, and love biases and heuristics waiting to be catalogued or states of the human mind and body that have meaning separate from the concept of choice, yet integral to decision making? How to make sense of those who act out of a sense of compassion or empathy? Of course, emotions can misguide just as terribly as reason. But as I read The Heuristics Debate, and followed the academic work more broadly, Blaise Pascal’s quote played in my mind: “The heart has reasons that reason does not know.”  We do need to understand and assess these other reasons before we take a leap of faith into policy.

To illustrate this point more analytically, let me end with an example from my academic field, intellectual property.  Incentives are at the heart of intellectual property policy debate.  From a rational choice perspective, the market exclusivity granted by intellectual property rights incentivizes individuals to channel their energies into creation and invention because of the promise of above market profits.  A Fast & Frugal analysis might suggest that people are hardwired to create and invent regardless of these alleged monetary incentives because it is rational, in an evolutionary sense, to have some advantage over a competitor through a new creation or invention.  The Heuristics & Bias approach, which actually has been applied by some legal scholars to intellectual property, suggests that the endowment effect is even greater for a created work than for a acquired work because of the excessive optimism the creator has in the work’s value.

My point here, and in my work, is that all of these approaches ignore the psychological pleasure and pain that come from creating and inventing. Law has a role in shaping the environment which fosters a human need to create and interact with other creative and engaged people. That need, hard to deny, is one of the reasons that reason, and the various schools of cognitive psychology, may not understand.  I do not think I am simply revealing my own biases in making this last statement. Nor am I being overly optimistic in qualifying it with the word, yet.