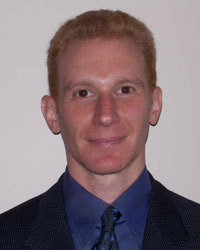 The idea of incarceration is not self evident. One can speak of prisons in ancient Greece and Egypt, as well as in medieval Europe, but the largely private nature of the prisons, the arbitrary imposition of penalties and of their length, and the lack of oversight or regard for prisoners’ welfare makes the use of the word prison seem out of place in such contexts. Besides, incarceration was not the primary method of punishment in the classical and medieval world. Banishment, shame, public displays of punishment, fines, and outright executions were regarded as better suited than prisons in making the point that crime will not be tolerated.

The modern era gave us prisons – hierarchical, rational, rule-bound bureaucratic institutions. And with it, a bargain was struck, as Sharon Dolovich writes in her fascinating account of the history and development of the idea of exclusion and control in American prisons. The bargain, according to Dolovich, involves the state’s ability to isolate those who transgress the law and then to ensure that such persons will be kept “apart from society for the duration of their sentences.” (P. 274).

The problem, Dolovich notes, involves the limits and the character of confinement. Why, in the 1990s, did the United States turn to two policy choices, life without parole (LWOP) and the Supermax? What were the evils policymakers in the 1990s were combating?

Dolovich argues that the combination of LWOP and Supermaxes have rarely been considered together, as part of a logic of punishment. In other words, the more usual way to understand incarceration has been to regard it as a form of retribution or to ensure public safety. Each on its own does not seem to violate some preconceived notion of what the limits of punishment are. But this is not what LWOP and Supermaxes do. Their connection to retributive and deterrent theories of punishment is weak. Rather, Dolovich suggests that they are part of a consciousness and a language of crime and punishment that developed following the collapse of the penological paradigm in the 1970s, which is connected to the collapse of the welfare state paradigm. Yet their existence in combination seems excessive and disproportionate to the goals of retribution and deterrence. According to Dolovich, Supermaxes are “inhumane” and places for the “most disadvantaged and marginalized citizens.” (P. 261). Dolovich has discussed some of these ideas before, in her numerous articles on punishment. Here, she focuses more directly on the discourse of punishment and its practical application.

To unearth the why of LWOP and Supermaxes, Dolovich turns to Mary Douglas’s work on social institutions. Dolovich wants to know why there was a hardening of attitudes during the 1990s regarding criminality, such that time served no longer relieved a prisoner of his debt to society. Why did late twentieth-century American society come to regard “prisoners as outside the circle of humanity”? (P. 279).

Dolovich argues that Douglas’s key insight is the “collective understanding that makes” an “institution’s practical imperatives seem natural.” (P. 284). What follows is the idea that “crime is purely a product of the individual.” Dolovich, relying on Douglas’s ideas, links the idea of free agency to the penal policies of the 1990s, and draws a sharp contrast to the rehabilitative models that were in place during the 1970s (“flawed but fixable”), which tended to lessen the stress on individual choices and elevate societal forces as contributors to behavior. In other words, LWOP and Supermaxes are responses to something in the criminal justice apparatus. But Dolovich calls their functionality into question, which leaves us searching for some other factor or factors. Dolovich argues that LWOP and Supermaxes were responses to the altered language of crime and punishment that was itself a response to the language of economic liberty used by the Reagan administration. The stress on individual choice in the economic realm meant that criminal behavior would increasingly reflect back on the individual, and not on social conditions or psychological problems. For Dolovich, then, it is not surprising to see criminals now being called “dangerous monsters.” (P. 288).

What makes this situation worse, according to Dolovich, is that about half of all prisoners in the United States are in for non-violent offenses. They are not the “genuinely moral monsters,” (P. 299) those most deserving of extreme punishment. How, then, to account for LWOP and Supermaxes, given the limited population they serve? Dolovich argues that an “ideological framing” (P. 301) has taken place at elite levels, which has successfully worked its way into the public’s consciousness. The benefits of this ideological framing are obvious. If criminals present a danger to society, and it is their fault, then long prison sentences and harsh conditions make sense. Salus populi suprema lex est.

But Dolovich does not want to give in to this kind of thinking. She shows that LWOP and Supermaxes have not lowered crime rates. The costs of LWOP and Supermaxes are not only financial, though they do present unnecessary burdens to states. What they do at a non-financial level, however, is quite costly, and rarely considered by policymakers. LWOP and Supermaxes further disenfranchise the poor and minorities; they rid society of potential income and take fathers away from children and husbands away from wives. In Supermaxes, where the incidence of mental illness is quite high, prison authorities fail to treat those who suffer from mental diseases and disorders, which only increases the cycle of violence that put the prisoners in Supermaxes in the first place. They further dehumanize those who have lived lives of abject dehumanization.

Dolovich is not calling for a return to the 1970s, to rehabilitation. She notes that the fear of crime is nearly primal, and, as it is mixed with notions of race, masculinity, and mental illness, it is difficult to dislodge. But the first thing to do, Dolovich notes, is to recognize the problem. Second is to think through alternatives to incarceration. It is worth remembering that prisons are not the only way a society can express its disapproval. Dolovich has written a long and involved study of LWOP and Supermaxes. It is well worth one’s time to read it and ponder her description and remedies.