Law Through the Prism of Planning 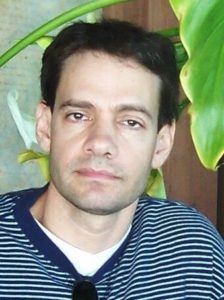 Scott Shapiro’s splendid new book offers a novel theory of the nature of law: legal systems are essentially systems for complex, impersonal social planning, and legal norms are plans. The book provides a new perspective on law, which is both refreshing and fruitful. By thinking about the origins, purposes, and essential features of plans, we gain insight into law. A significant side benefit is that the book connects law to topics in contemporary philosophy of action.

Legality has more virtues than I can discuss here. To begin with, although the book is a highly original contribution to the philosophy of law, it presupposes relatively little background. It is also extremely clearly and engagingly written. The book would therefore make a superb text for a law school, advanced undergraduate, or graduate course. And, because Shapiro frames the issues in new ways, even those portions of the book that introduce and discuss familiar positions and issues provide much food for thought for specialists as well as the more general reader.

Shapiro argues that Hume’s law – an “ought” cannot be derived from an “is” – is a severe obstacle to legal positivist attempts to solve the Possibility Puzzle, because such attempts purport to derive legal norms from nonnormative social facts. HLA Hart’s account is a case in point. According to that account, a convergent practice of legal officials is supposed to generate a social rule, the rule of recognition, that solves the chicken and egg problem. Shapiro offers a subtle interpretation of Hart’s approach to the challenge posed by Hume’s law and argues that, in the end, the approach fails.

On the other hand, however, Shapiro maintains that anti-positivist or natural law attempts to solve the Possibility Puzzle run into the “Problem of Evil”: grounding legal authority in moral authority or moral norms makes it difficult to see how evil legal systems and evil legal norms are possible. Shapiro uses these engaging and easily understood framing devices throughout the book, for example in bringing out the problems in other legal positivist accounts and in arguing for his own theory.

An example is that Shapiro agrees with the natural law claim that law has a moral purpose, and that, to the extent that it fails to serve that purpose, it fails to do what it is supposed to do.  Similarly, Shapiro rejects Hart’s claim that legal terms such as “obligation” have a different sense from the corresponding moral terms.  He holds that the law uses these terms to make moral claims.

Another notable example is that Shapiro recognizes that Ronald Dworkin has made extremely serious criticisms of legal positivism—criticisms to which no positivist has yet adequately responded.  Shapiro devotes a couple of chapters to trying to answer Dworkin. (One important point of disagreement: in my view, Shapiro is wrong to maintain that Dworkin’s theory of law depends on a claim about the intentions of legal creators – that they are “necessarily committed to a ‘best-lights’ analysis.” 308.) In sum, one reason Shapiro’s book is valuable – and admirable – is that, rather than passing natural law theory by, it seriously engages with and tries to respond to it.

Most significantly, Legality develops an original account of law in terms of the notion of a plan. A particularly rewarding aspect of the book is its discussion of plans and their relation to legal systems and legal norms. In his appealing and lucid style, Shapiro explores the characteristic features of plans, the needs to which they are responsive, the way in which they are created, and their relation to rationality. He makes the ingenious proposal to understand legal systems as complex systems for impersonal social planning and to understand legal norms as plans, including plans for planning. Like a legal system, planning is an extraordinarily effective instrument for guiding and organizing the conduct of agents who have complex goals but limited rationality and varying degrees of trust in themselves and each other. For example, like legal norms, plans can be created in advance to compensate for anticipated failings of rationality or lack of trust and can be left incomplete and filled in as more information becomes available.

Plans are specialized norms that have just the features, Shapiro argues, that are needed to solve central problems in legal philosophy. The solution to the Possibility Puzzle, for instance, is to be found in the possibility of planning: “we are able to create law because we are able to create and share plans” (181). In Shapiro’s view, the chicken and egg problem is solved because the power to plan derives from norms of instrumental rationality that are not themselves created by people. Because legal norms ultimately rest on these norms, Shapiro’s account is consistent with Hume’s law.

I believe (though I cannot argue here) that once we are in the business of imputing or constructing the content of the relevant plan, we cannot avoid relying on values to do so. (For related discussion, see my “The Communication Theory of Legal Interpretation and Objective Notions of Communicative Content”; see also my “Legislation As Communication? Legal Interpretation and the Study of Linguistic Communication” in A. Marmor and S. Soames, The Philosophical Foundations of Language in the Law (Oxford: OUP 2011), pp. 217-256, especially pp. 232-233 and section 6.) Shapiro agrees with this point, but he thinks that the relevant values are those of the legal system.

In my view, however, the very same difficulty arises when we ask how the practices of the legal system determine its values. Shapiro says that interpreters must extract the objectives of the legal system from the texts and other practices. But, to stay with this epistemic way of talking, an interpreter cannot move from facts about what various people did, thought, and said to conclusions about the objectives of the legal system without deciding which actors’ decisions or utterances are relevant to the legal system’s objectives, precisely what bearing those events have, how much weight they deserve, and so on. It is difficult to see how the right answer to such questions could not depend in part on moral facts, such as facts about fairness and democracy. For example, a particular past decision might be relevant, and relevant in a particular way, because it would be unfair for it not to be relevant in that way, given the expectations that it reasonably created; conversely, another decision might not affect the content of the plan because, given who made the decision or how it was made, it would be unfair for that decision to have a bearing on the content of the plan.

So I suspect that, if Shapiro is right that the content of the law is the content of a plan, whatever may be the case with respect to other kinds of plans, the content of the relevant plan necessarily depends on moral facts. My disagreement on this issue does not affect my overall judgment of the book: the interest, power, and illumination of Legality far transcend its implications for the legal positivism/anti-positivism debate.