Stephen Holmes, In Case of Emergency: Misunderstanding Tradeoffs in the War on Terror, 97 Calif. L. Rev. 301 (2009), available at SSRN. 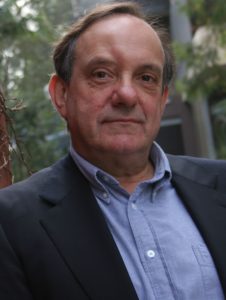 Many thinkers have combined a high regard for the rule of law with a negative view of it. This is only an apparent, verbal, paradox. For it is common to understand the rule of law as good, less for what it enables and creates than for what it might prevent. On this interpretation, the point of law is to block and limit the possibility of unruly power, to curb and restrain power’s exercise.  This is not a new view. Recall Bracton’s revealing metaphor from the thirteenth century, of law as ‘the bridle of power,’ by which a just king, as distinct from a ‘tyrant,’ must ‘temper his power.’  The characteristics most associated with law changed over the centuries, particularly moving from custom to legislation, and with those changes went different conceptions of what the law needed to be like to do its proper work. However, the identification of the rule of law’s purpose with constraint endured. And it still does. Where the rule of law is commended, it is typically for what it rules out rather than what it rules in; what it restrains and prevents, rather than what it generates and encourages to flourish.

That is not the only way of viewing the rule of law, however, and arguably not the best. Jeremy Waldron has recently criticized views of constitutionalism according to which “[e]verything is seen through the lens of restraint and limitation,”1 and has insisted on the empowering role and potential of constitutional provisions. Similar points might be made about the rule of law. Stephen Holmes has long stressed the empowering consequences of law; what, in contrast to the more common negative conception, he calls “positive constitutionalism”2. Appropriately configured laws, on this view, provide “enabling constraints.”3.

For the “paradoxical insight” here, as Holmes describes it, is that:

Limited government is, or can be, more powerful than unlimited government. … that constraints can be enabling, which is far from being a contradiction, lies at the heart of liberal constitutionalism … By restricting the arbitrary powers of government officials, a liberal constitution can, under the right conditions, increase the state’s capacity to focus on specific problems and mobilize collective resources for common purposes.4

On this view, like  a swimmer who must master, and in a sense come to be mastered by, techniques and disciplines to marshal and channel raw energy for effective performance, so the ability of a state to concentrate its powers where and how it should is enhanced by legal requirements, procedures and institutions which, among other things, block its ability to splash around where and how it shouldn’t.

Not all jurisprudential arguments have dramatic practical implications, but this one does. Consider the often-voiced claim that elements long believed central to the rule of law need to be waived or suspended in confrontation with the terrible threats posed by international terrorism. On the negative view, it seems at least plausible to argue that there are inbuilt tensions and necessary tradeoffs between the logic of urgent, strong and effective action in emergencies, and that of the rule of law.  We might approve of both, but we need to recognize that one lives in inexorable tension with the other.

But what if the effective exercise of power depends on precisely those constraints  on arbitrary power that impatient politicians are eager to discard? And what if this is especially true in emergencies. This is what Holmes argues. His argument has many strands, but central is a remorseless development of and reflection on an analogy that is as simple to state as it is, once made, hard to resist.

Holmes argues that, so far from being a reason to discard the rule of law, times of emergency are precisely when pre-tested, often long-evolved, constraints on arbitrariness in the use of power are typically most needed. He explores a range of contexts, such as intensive care medicine, in which emergencies are the stuff of life (and death), pointing out that “emergency-room doctors and nurses are not the only professionals who, when faced with a disorienting crisis, limit discretion and abjure gut-reactions, embracing instead a strict adherence to rules and protocols that provide them with a kind of artificial ‘cool head”’ (p.302); “only those who fail to appreciate the gravity of a looming threat would advocate a wholesale dispensing with rules that professionals have developed over time to reduce the error rate of rapid-fire choices made as crises unfold” (303).

Holmes is thus critical of the common wish of governments to ‘release the shackles’ of the rule of law in situations seen as emergencies – to rule without open, calculable rules, to dispense with safeguards of procedural fairness, suspend habeas corpus, diminish or discard the ordinary protections and contestatory opportunities traditionally associated with legal hearings. Such ambitions, even when well-motivated,  pay no heed to the positive, enabling, competence-protecting role of the rule of law, and particularly to the dangers of panicked flailing about, overinclusion, plain unaccountable incompetence, ignorance, and lack of exposure to tests of the reliability of information, that often attend the acts of power-wielders acting in secret and on the fly.

Unfortunately, Holmes insists, “defenders of unchecked (or only weakly checked) executive discretion in the war on terror typically ignore the liberal paradox that constraints can be empowering, and that legal and constitutional restraints can increase the government’s capacity to manage risk and crisis”5. To ignore this paradox is also to misunderstand the powerful constructive significance of the rule of law. Yet “[t]o reject the rule of law is reckless because it frees the government from the need to give reasons for its actions before a tribunal that does not depend on spoon-fed disinformation and is capable of pushing back. A government that is not compelled to give reasons for its actions may soon have no plausible reasons for its actions”6.

Too often, defenders of the rule of law feel pressure to choose between effectiveness in defense of security, on the one hand, and what can be portrayed as effete and pedantic concern with civil liberties, that our enemies will exploit to do us in, on the other. It is Holmes’ singular achievement to show that this apparently irresistible conflict is often quite spurious.